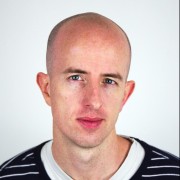 I’m Head of Software Engineering at Kraken Technologies, the technology part of Octopus Energy Group. I help run a department of engineers building the “Kraken” software platform that underpins the business.

Octopus Energy became the 15th UK tech “unicorn” in May 2020, after investment from Origin Energy.

One of my strengths is building and running teams that write high-quality, maintainable software.

Everything to do with software; but especially:

I have a PhD in Applied Mathematics as well as a 1st class MMath Mathematics degree from the University of Nottingham and a few published papers: